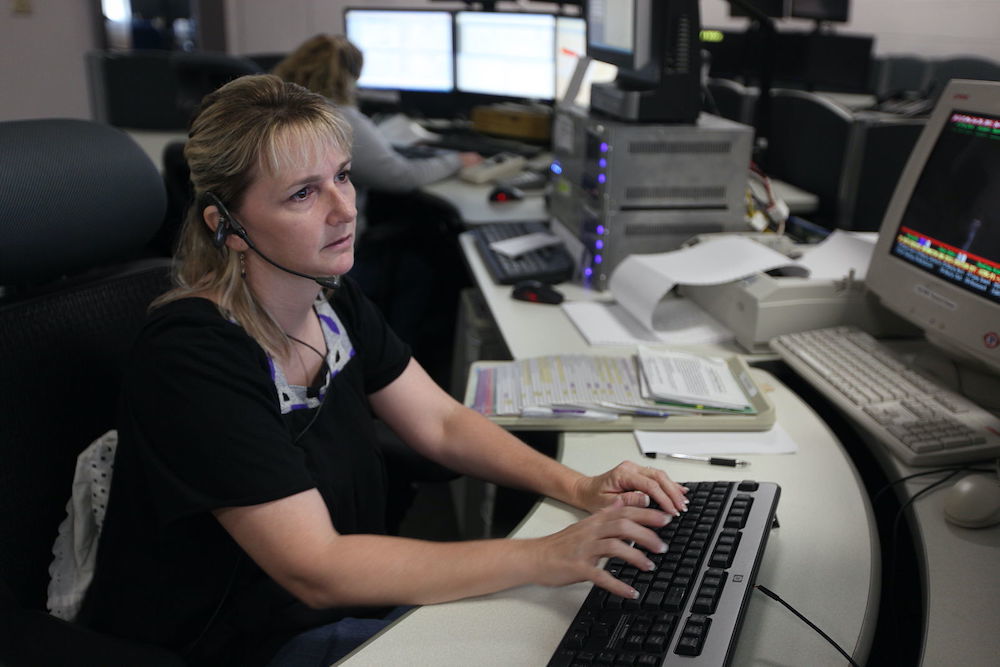 Currently, 911 dispatchers are clerical workers, according to federal law.

"We are the first line of communication for people experiencing an emergency. We're providing those first-aid instructions, we're providing instructions if someone's house is on fire, we are the critical link to help save lives and help save property," Director of the Clinton County 911 Communications Center Eric Dau told KWQC. "It shocks a lot of people that we haven't been classified as first responders."

Training to become a dispatcher can take four to six months and employees learn to handle many different emergency situations.

"That's one of the hardest parts about this job. The stress is what makes a lot of people wash out of this job," Dau said.

Dau works as a firefighter and paramedic in Camanche as well.

"In dispatch, we always are trained to think the worst because we need to prepare our responders for what they might be facing. They [telecommunicators] don't necessarily get that closure. They don't know that that call wasn't nearly as bad as it sounded like it was on the phone," Dau said.

Reclassifying dispatchers is also important because of this stress.

"I think that it's important that we're recognized as first responders as well so maybe that stressful part of the job is appreciated a little more. It might not seem like much to a lot of people, but it is a lot to people who are doing the job day in and day out," Dau said.

The two bills will have to be merged into one and be passed by both the House and Senate before waiting for the governor to sign them.

"Emergency telecommunicators collectively handle over 1.1 million calls a year across the state, which continues to grow each year," Chris Cournoyer, 49th District State senator, said in a statement,

"Emergency telecommunicators often talk to callers on the worst day of their life and must use a caller’s eyes to gather information to ensure the proper response and vital instructions are provided," Cournoyer said. "The job of emergency telecommunicators is constantly evolving with technology. Many communication centers also monitor traffic cameras and cameras in public buildings, including schools."

Want to get notified whenever we write about State of Iowa ?

Sign-up Next time we write about State of Iowa, we'll email you a link to the story. You may edit your settings or unsubscribe at any time.