Reynolds focuses on key issues in Condition of the State address 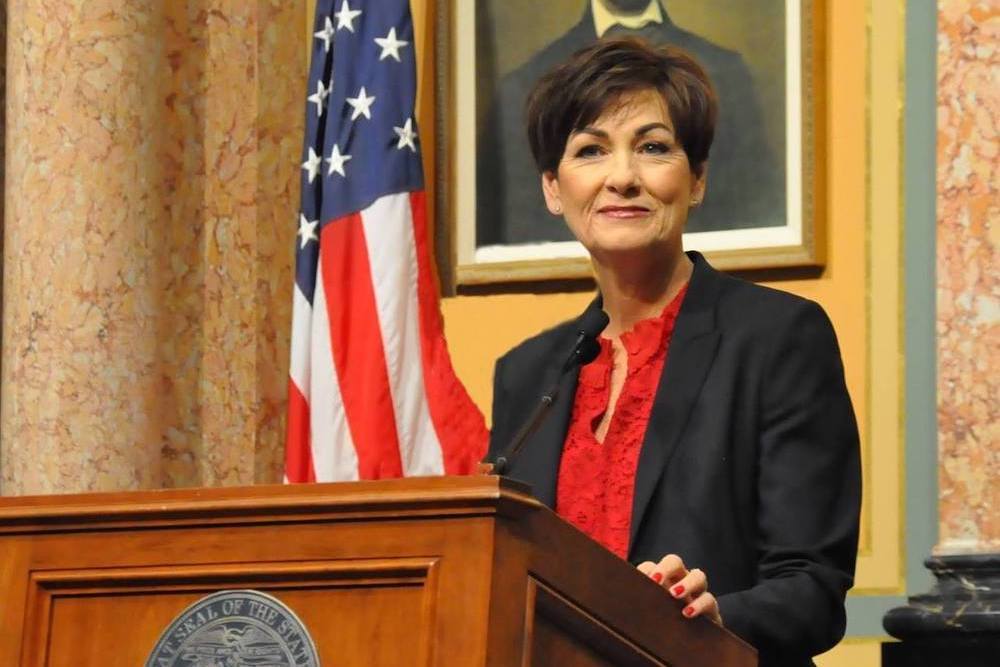 In her Condition of the State address, Gov. Kim Reynolds addressed several key issues on the minds of Iowa's business leaders.

Reynolds proposes cutting income tax by an additional 10 percent, and up to 25 percent for lower-income families. She also said she wants to reduce property tax levies and provide needed funding for mental health through the state general fund.

“Under my bill, almost 58 percent of the trust fund, an estimated $100 million, will go toward water-quality efforts every year, representing an almost 31 percent increase in current funding. We will also commit $52 million for other conservation and outdoor recreation efforts, representing an increase of  9.3 percent of current funding," Reynolds said in regard to water quality and conservation.

She also proposed expanding early childhood tax credits, making them available to families with an income of $90,000 or less.

“We must begin to address the child care cliff so that we are not punishing parents as they continue on a path to self-sufficiency. To do this, we should implement a tiered co-pay system that doesn’t punish those who work hard enough to earn a raise,” she said.

Reynolds also spent some time addressing ex-offenders, saying she continues to push employers to give ex-offenders a second chance. She also is pushing to amend the state constitution and restore the right to vote to felons.

Bringing attention to the state's strict licensing structure, Reynolds said she proposes a standard licensing system for ex-offenders and waiving the licensing fee for low-income workers.

Reynolds also called for broadband expansion, increasing funding to $15 million so that Iowa could become the most connected state in the nation. She also called for a $2 million increase to the Renewable Fuels Infrastructure Program and an expansion of the E-15 Plus Promotion Tax Credit.

Maintaining her anti-abortion stance, Reynolds proposed a fellowship for new family practice physicians who want to specialize in OB care.

Her budget also includes a proposed $20 million for flood relief.

Want to get notified whenever we write about Kim Reynolds for Lieutenant Governor ?

Sign-up Next time we write about Kim Reynolds for Lieutenant Governor, we'll email you a link to the story. You may edit your settings or unsubscribe at any time.